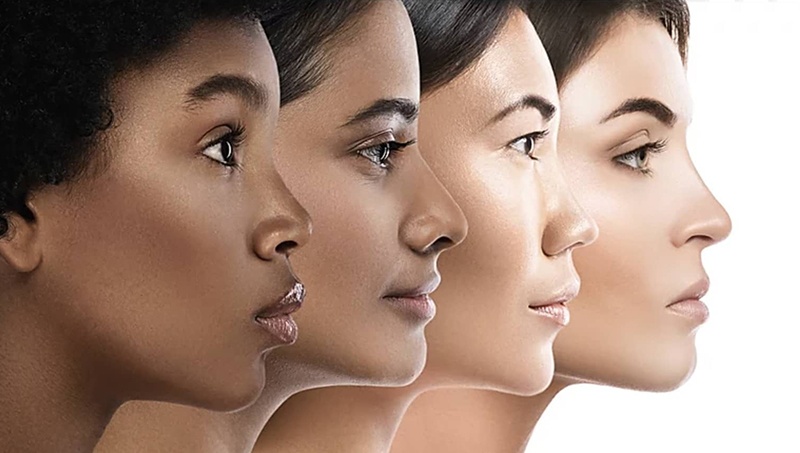 A facelift is an operation that can help reverse the ageing process and produce significant aesthetic improvement. Unlike fillers and injectables which can make your

face appear too plumped or unnatural, effective facelift surgery can take 10+ years off the look of your face and neck. You can look more natural and avoid the over-pulled or over-plumped face look.

Facelift techniques have evolved significantly over time. Early facelifts focused on skin tightening alone. This led to a tight, unnatural appearance on your face. One downside was that the result didn’t last long – up to 5 years.

Facelift research shows that more permanent and natural-looking results can be achieved by tightening a deeper layer in the musculature of the face. This is known as a SMAS lift. Although SMAS facelift is a commonly practised plastic surgery procedure, the next evolution is the Extended Deep Plane Facelift.

An Extended Deep Plane Facelift is focused on lifting a layer of tissue that is inelastic and fibrous whereas the skin is highly elastic and has a tendency to re-stretch over time. An Extended deep plane facelift is more durable and will last for 10 years or longer. The deep plane results are more long lasting than a traditional SMAS lift. It creates natural-looking results and prevents the curse of tightness which is a downside of other facelifting techniques.

What is the Extended Deep Plane Facelift?

One of the key features that distinguishes an extended deep plane facelift is that it lifts the upper muscle layer and leaves the overlying skin attached. This essentially means that your skin looks more natural. It releases important tethering points in the cheek and jawline area. This enables the muscle layer to re-drape over your skin in a very smooth way. This can make the addition of extra fat or filler unnecessary.

An extended deep plane facelift releases the SMAS muscles with the skin attached and repositions them accordingly. This prevents pulling of the skin as well as excess removal of skin.

Four ligament groups are responsible for ensuring the proper movement of droopy face structures. Zygomatic ligaments essentially connect the cheek skin with the bones that lie underneath it. For cheek elevation, the release of zygomatic muscles is required. The release of these ligaments helps your tissues move upward which restores the heart shape. Hence, additional fillers, implants, and fat isn’t required. It also helps elevate tissues into the hollows under the eyes and lifts nasolabial folds as well.

This ligament tethers tissues near the chin, along the jawline. When your Mandibular Retaining Ligament is released, it massively improves the appearance of marionette lines as well as the anterior jawline.

These ligaments essentially tether tissues along the jaw angle. Once released, they enable the jawline to become tighter and smoother.

The deep plane facelift extends down to the neck and allows redraping of neck tissues with the facial tissues. It gives a youthful look to your neck along with your face. Traditional SMAS lifts can sometimes give your tissues a bunched-up to look around the jaw area. A deep plane facelift solves this problem by lifting tissues back up into the face rather than behind the jaw. This problem can be completely avoided with this technique.

Traditionally, a facelift was focused on stretching the skin backwards/horizontally towards the neck and year. This technique sometimes led to a stretched appearance. As a result, it sometimes resulted in flat cheeks and a fish-like look to the corners of the mouth. The deep plane facelift uses a vertical vector that lifts your tissues in an upward direction. It gives a much more natural contour to your face. Moreover, the cheeks are volumized, and sagging corners of the mouth are lifted. The lifting tissues needs to be vertical at an angle that is bigger than 60. The final angle is customized based on the unique facial attributes of the patient.

Sometimes a deep plane facelift can be combined with platysmaplasty or neck lift. The plastysmaplasty is a procedure that works on the midline of the neck to tackle the free edges of platysma muscles that can become saggy. This creates two vertical lines which are spaced an inch apart from each other. A small incision is made under the chin to identify and suture the muscle bands together. It essentially creates a muscle sling that lifts up the loose fat in the neck area. The incision will be hidden underneath the chin. It is important to note that many people who undergo a deep plane facelift don’t need platysmaplasty as their neck is already lifted.

A SMAS facelift is the most commonly used facelift technique. In most cases, a variation of SMAS lift known as Extended SMAS lift is done. A lot of people confuse this variation with an Extended Deep Plane Facelift.

These two are entirely different techniques. During the surgery, your surgeon will completely lift the SMAS and place sutures to tighten it. It gives a ‘Look, I just had a facelift’ result. I am sure you have spotted a couple of celebrities with this particular look. Pulling on the SMAS layer produces better results but can still give you a very tight pulled look.

Moreover, a SMAS facelift is only really effective for treating the lower half of the face and the jaw and isn’t quite effective for droopy cheeks. It calls for fat grafting procedures which can sometimes lead to an overfilled look as the underlying structure isn’t corrected.

The Extended Deep Plane Facelift will reposition the sagging muscles and fat back to their original position, giving your face a proper positioning as a continuous unit. That is why it produces much better and natural-looking results and surgeons are slowly yet steadily shifting towards this technique.

Recovery after your facelift

It is important to be fully aware of the recovery process so you know what to expect after surgery. Expect some bruising and swelling in certain parts of the face and neck for up to two weeks after the Extended Deep Plane Facelift. Most of the bruising will be gone by the end of week two. Swelling will start to subside by then but can linger around for six to eight weeks.

Bruising after an Extended Deep Plane Facelift is much less obvious when compared to a SMAS facelift. It is because deep plane techniques are performed on a natural tissue plane layer that doesn’t have many blood vessels. As a result, you won’t have as much bruising. Most patients don’t experience any major pain post surgery. Make sure you take the medicines prescribed to you. Head elevation and the use of a cold compress are also helpful to minimize discomfort.

If you are worried about post-surgical scarring, relax. The Extended Deep Plane Facelift surgery scars are well hidden and won’t be the first thing people see when they look at you. This is due to the fact that tissues are lifted in a deep layer. As a result, little tension is placed on the skin. This enables skin edges to close with less visible scarring. The scars appear as very fine lines which are almost imperceptible. Another great advantage of the Extened Deep Plane Facelift technique is that it prevents your earlobes from being pulled downwards, creating a pixie ear deformity.

Benefits of a deep plane facelift include but are not limited to:

Is an Extended Deep Plane Facelift right for you?

An Extended Deep Plane Facelift is ideal for both men and women who are experiencing skin sagging on the face and neck. It includes everything from sagging jawline, platysmal vertical bands, droopy areas around the midface and lines around the mouth. In some patients, these signs of aging become evident in the early 40s or late 30s. In these cases an Extended Deep Plane Facelift is an ideal option for you.

It is important that you do not smoke or can quit it for a specified time frame to be able to undergo the surgery. You also must be in good physical health with no chronic illnesses. It is important to book a consultation with our medical coordinators. They will have a good look at your face and neck, determine your treatment goals, learn about your medical history, and then decide if it is a suitable option for you or not.

Here is a list of frequently asked questions we get regarding the Extended Deep Plane Facelift:

HOW LONG WILL IT TAKE YOU TO HEAL FROM THE EXTENDED DEEP PLANE FACELIFT SURGERY?

HOW MANY YEARS YOUNGER WILL I LOOK AFTER THE EXTENDED DEEP PLANE FACELIFT SURGERY?

HOW LONG WILL THE SWELLING LAST AFTER THE EXTENDED DEEP PLANE FACELIFT SURGERY?

HOW PAINFUL IS THE EXTENDED DEEP PLANE FACELIFT?

IS THE EXTENDED DEEP PLANE FACELIFT WORTH IT?

WHAT ARE SOME OF THE POSSIBLE RISKS ASSOCIATED WITH AN EXTENDED DEEP PLANE FACELIFT SURGERY?

WHICH CELEBRITIES HAVE HAD AN EXTENDED DEEP PLANE FACELIFT?

How do I get started?

At My Imperial Care, we offer a patient-first service that will help you to find high-quality plastic surgery options all over Antalya. Whether you’re just looking for some information, or are ready to book your surgery, get in touch with us.

✔ Only the best surgeons in Antalya: Through our in-house scoring system we evaluate each surgeon on things like their qualifications, experience, accreditations, reviews from past patients, and many more to ensure you receive the best surgery you can get.

For more information about plastic surgeries by one of our surgeons, please contact us. 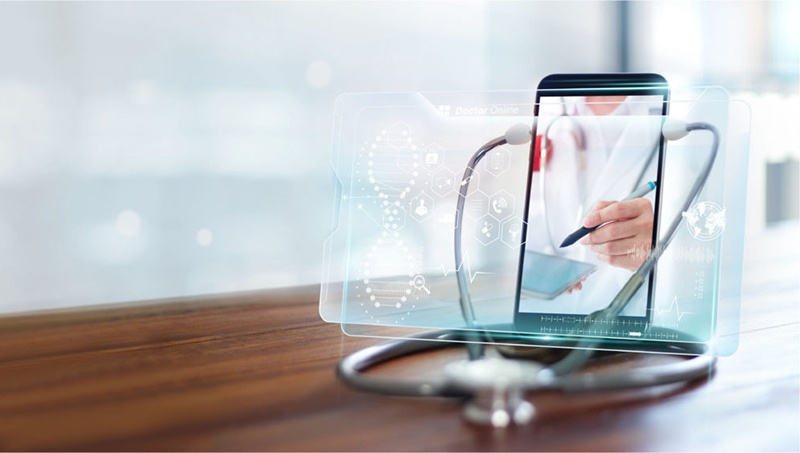 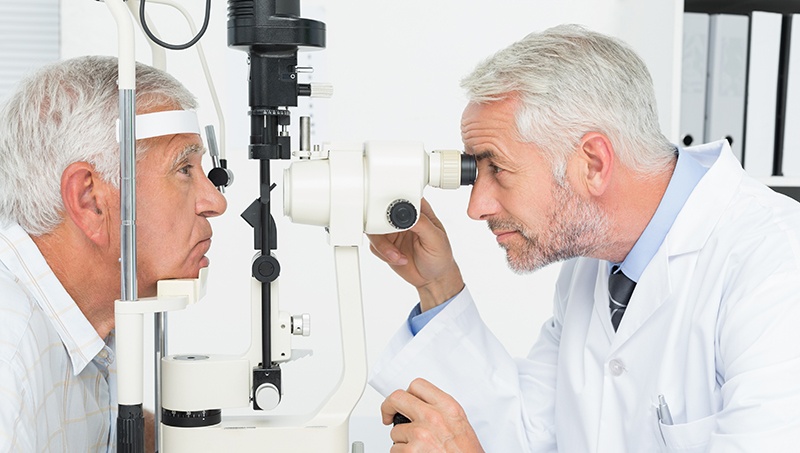 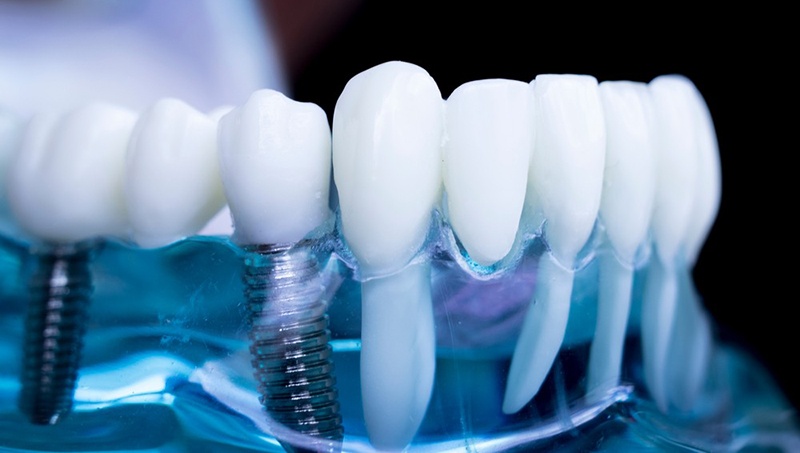